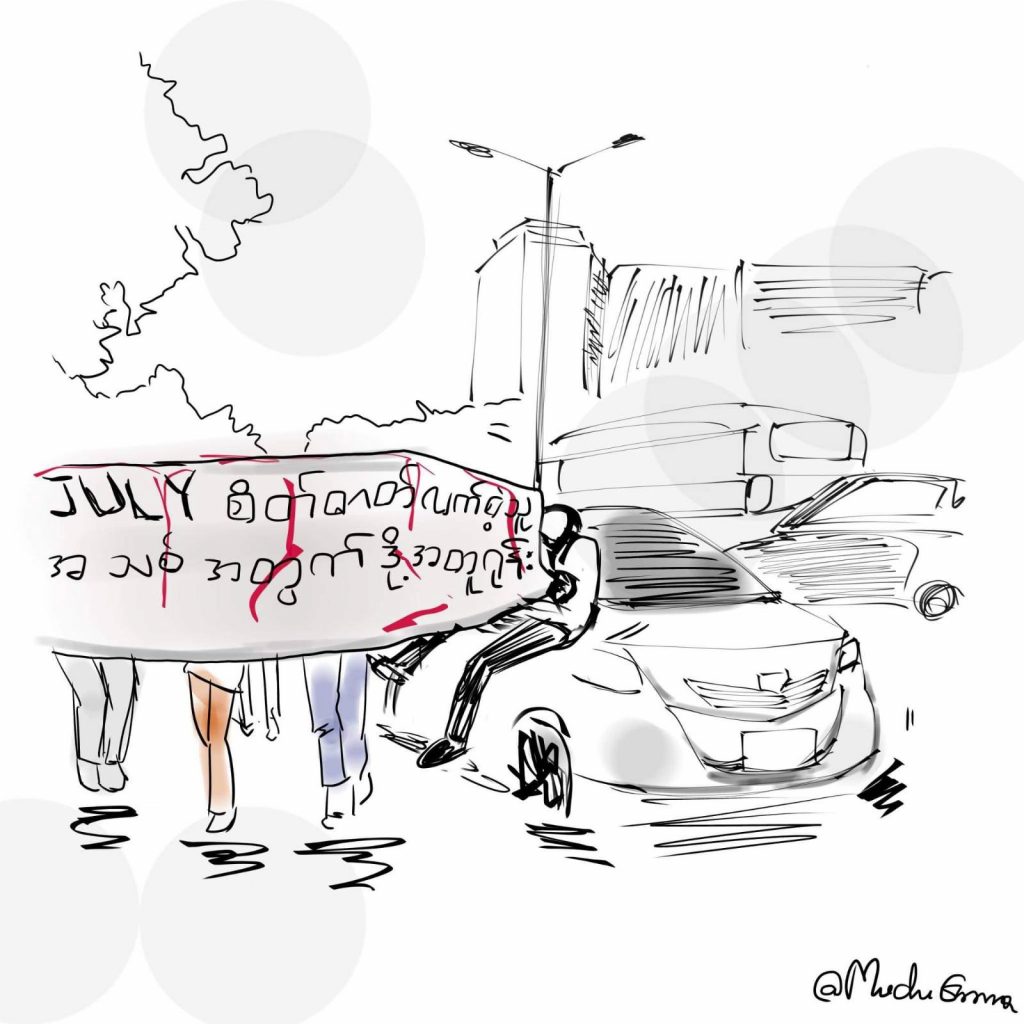 YANGON // On July 7th, many protests happened around Myanmar to mark the 60th anniversary of the 1962 revolutionary student strike. The “Seven July” uprising was one of the first mass movement to oppose the military coup by General Ne Win’s junta in March earlier that year. On that day, the military injured and killed […]