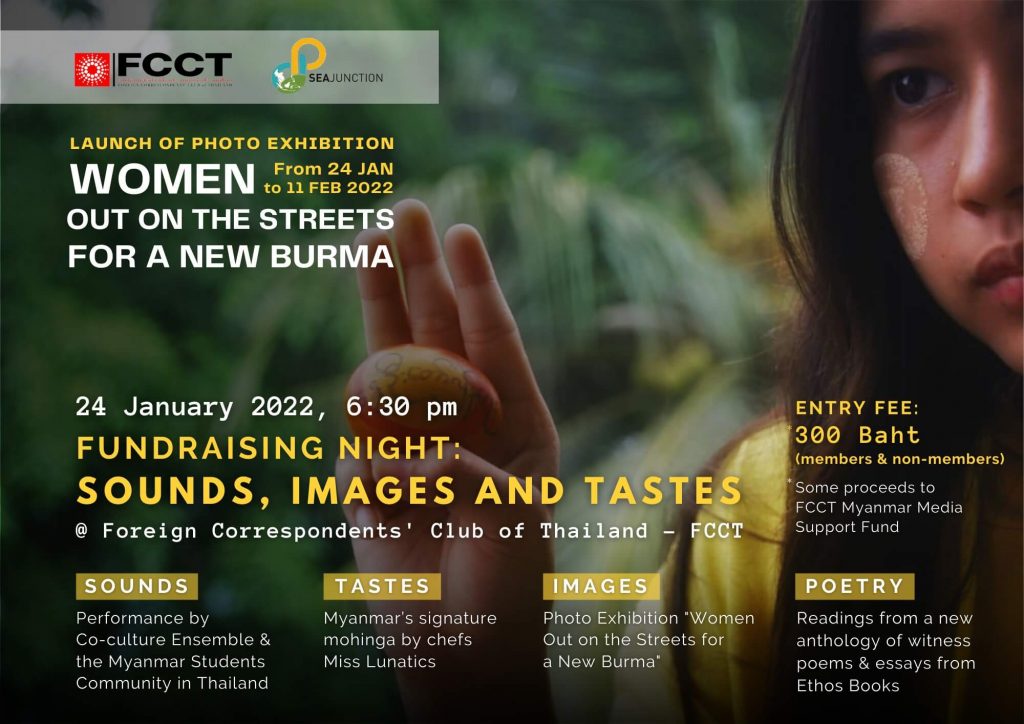 Photo Exhibition: “Women Out on the Streets for a New Burma”

Our collective was involved in the SEA-Junction exhibition “Women Out on the Streets for a New Burma”, showing Burmese women actively protesting despite being oppressed and mistreated by the military government. Women have been an integral part of the protest, often being on the frontline of the movement in spite of the danger of being killed, wounded, arrested, tortured and the increased risk of sexual harassment and violence. This collection shows how wide-spread, diverse, and empowering women’s leadership and participation have been and continue to be in opposition to the Myanmar junta. The exhibition was hosted at the Bangkok Art & Culture Centre (BACC) and ran from the 23rd of November – 5th of December 2021. Ahead of the one-year anniversary of the February 1st coup, this exhibition was re-run from the 24th of January – 11th of February 2022 at the Foreign Correspondents Club in Thailand (FCCT). It was an event filled with photographic, musical, literary and culinary talent. We were joined by gifted musicians from the Co-Culture Ensemble who played traditional and modern Burmese music; by Ma Thida and Ko Ko Thett who read a new anthology of protest poetry and essays: “Picking Off New Shoots Will Not Stop the Spring: Witness poems and Essays from Burma/Myanmar (1988-2021); and by Miss Lunatics – chefs of the Myanmar Media Exile Hub, who served their famous mohinga noodle soup.

Here is a video tour showing the photos from the first exhibition at the BACC: https://www.youtube.com/watch?v=LBHuDURc-WY&ab_channel=SEAJunction