A Month of Unity for Burmese and Thai Workers

BANGKOK, THAILAND // As mass pro-democracy demonstrations have become too risky in Myanmar since March 2021, hundreds of Burmese migrant workers used the May Day strike tradition to take to the streets of downtown Bangkok. They protested against the coup d’Etat in their native country and requested dignified working conditions in their host country, where they are subjected to regular abuse and exploitation for decades.

They joined Thai activists who advocated for workers’ rights and against the imprisonment of dozens of people charged with 112. The 112 law is one of the most severe lese-majeste laws in the world and stipulates that “Whoever defames, insults, or threatens the King, the Queen, the Heir-apparent, or the Regent, shall be punished with imprisonment of three to fifteen years.”

For the first time, Thai and Burmese workers joined together publicly to request better lives, better governance and the return of constitutional democracy in both countries. The cortege marched from Pathum Wan, Centralworld to the Bangkok Art & Culture Center, where leaders from both communities gave speeches from the back of a truck, as well as representatives of the Workers’ General Union.

The political group, officially launched in April 2022, aims to support workers in every industry and from every nationality to organize themselves collectively, from factory laborers to food delivery drivers and tattoo artists. For the moment, more than two thousand members have registered and the organization is working on electing a leading committee according to its spokesperson:

“We aim to work with the “99%” of people in Thailand, the ones who have to work for the “1%” who own everything.  For the moment, unions are illegal in Thailand but the Move Forward Party is trying to push for a new law that will guarantee the right to unionize and respect the ILO framework.  At the moment, we have to work under the current law system, which is corrupted by the junta, but we still try to make progress on our short-term goals. We try to help people fighting for democracy, which include calling out workplace violations, by giving them access to a legal fund and lawyers. Our main goal is the betterment of the quality of life for everyone, a welfare state, fair taxation of the rich and general equality in the society. Thailand is one of the most unequal societies in the world and we want to change that.”

On the same day, Burmese people gathered in five other places in Bangkok, including in front of the junta-held Myanmar embassy, which has threatened the diaspora against engaging in any activity in support of the National Unity Government (NUG) or the People Defense Forces (PDF), at the risk of being deported back and jailed in Myanmar with the complicity of Thai immigration officers.

“Now, as we all know, the embassy announced that the Myanmar workers in Thailand who support the revolution will be threatened under the existing law. But the more they threaten us, the more we will do to resist” said one Burmese protest leader.

As the pro-democracy protests inside Myanmar have greatly reduced because of the violent repression by SAC authorities which left scores of civilians dead, Myanmar people living and working overseas are still openly fighting. 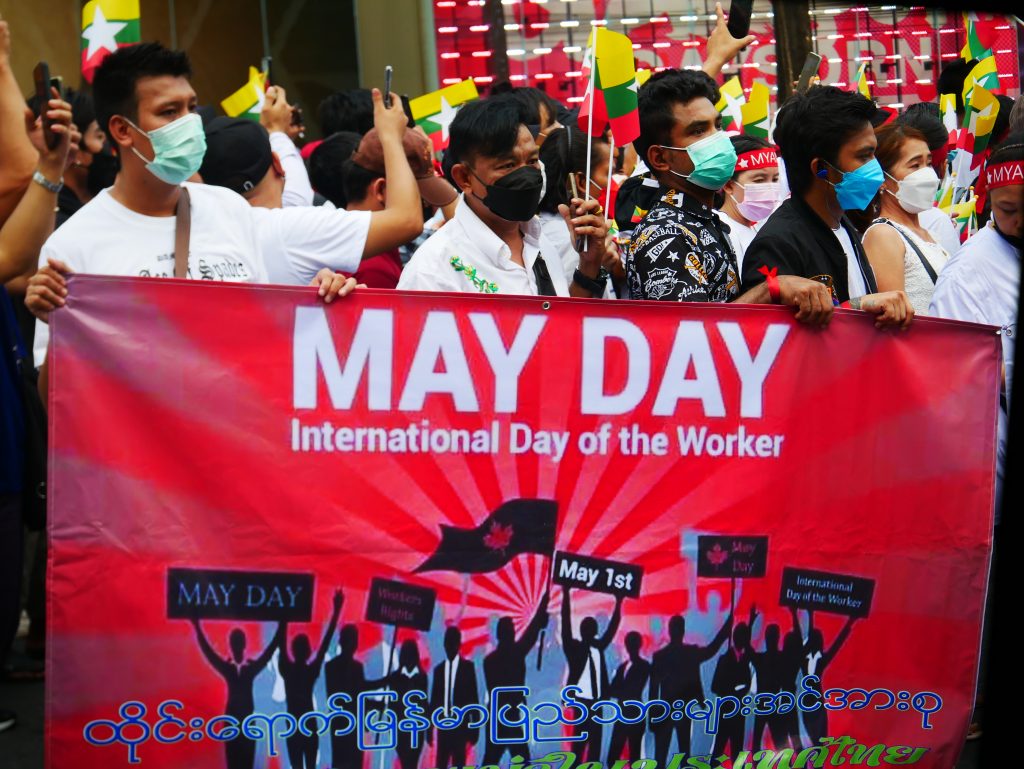 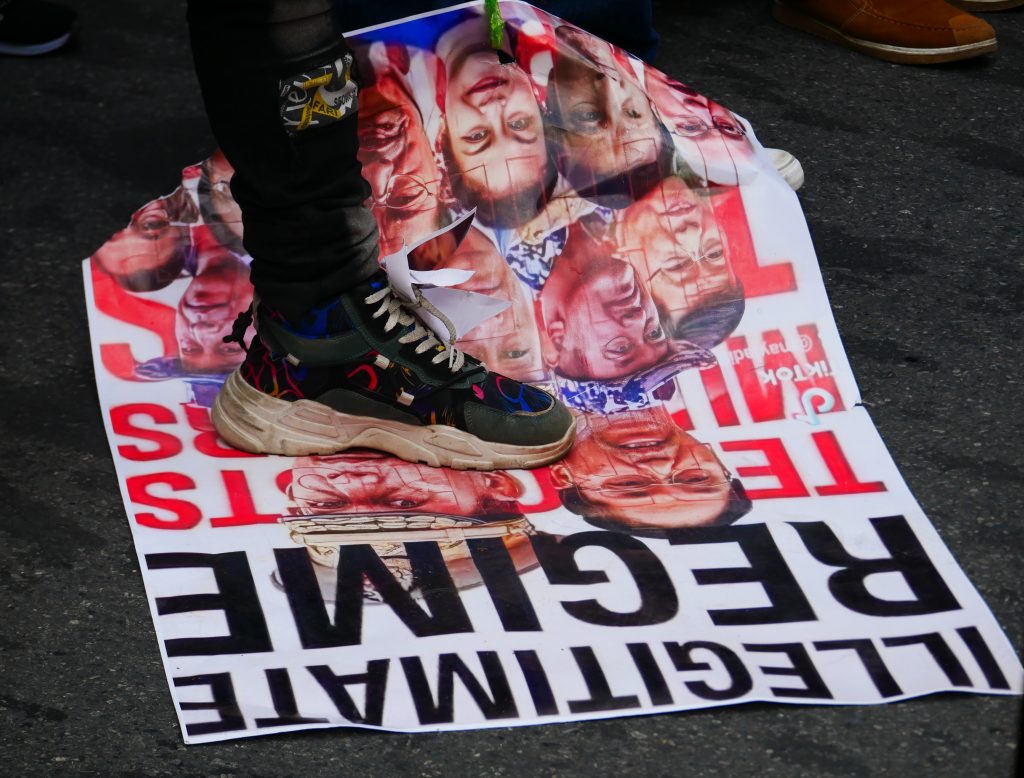 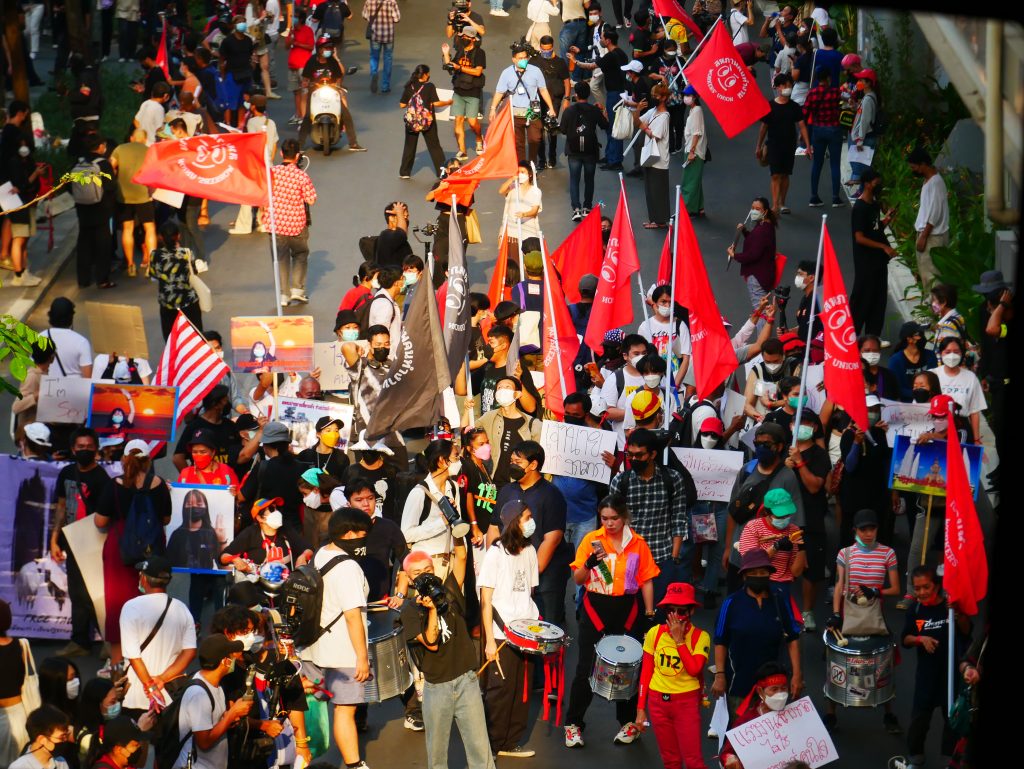 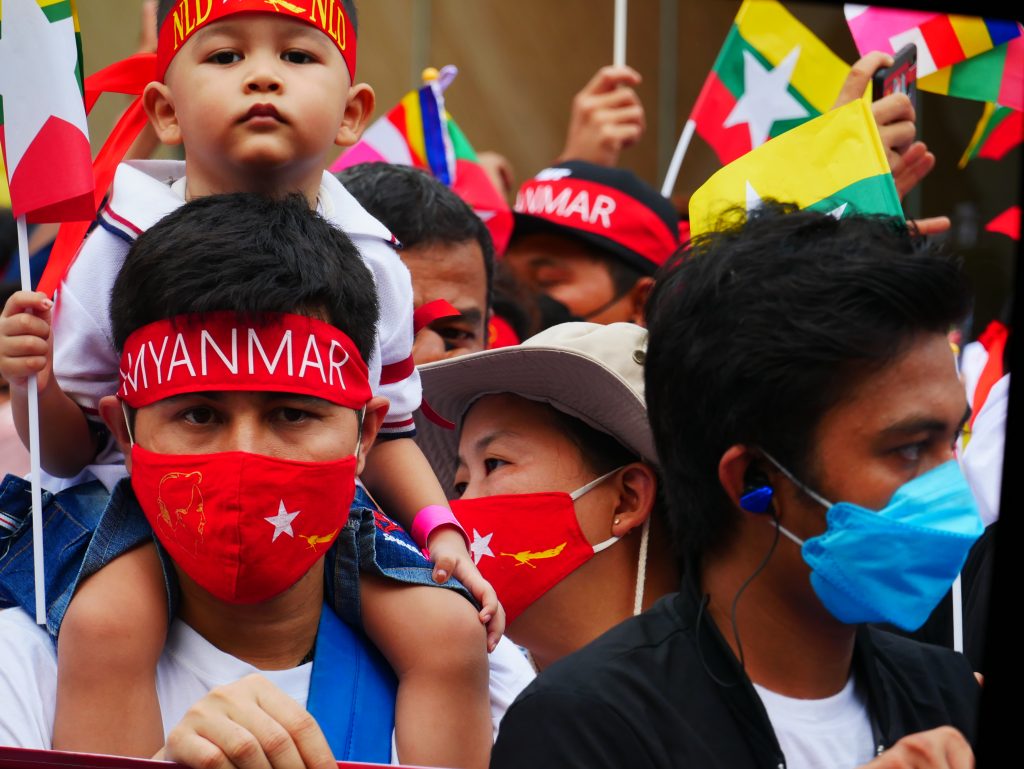 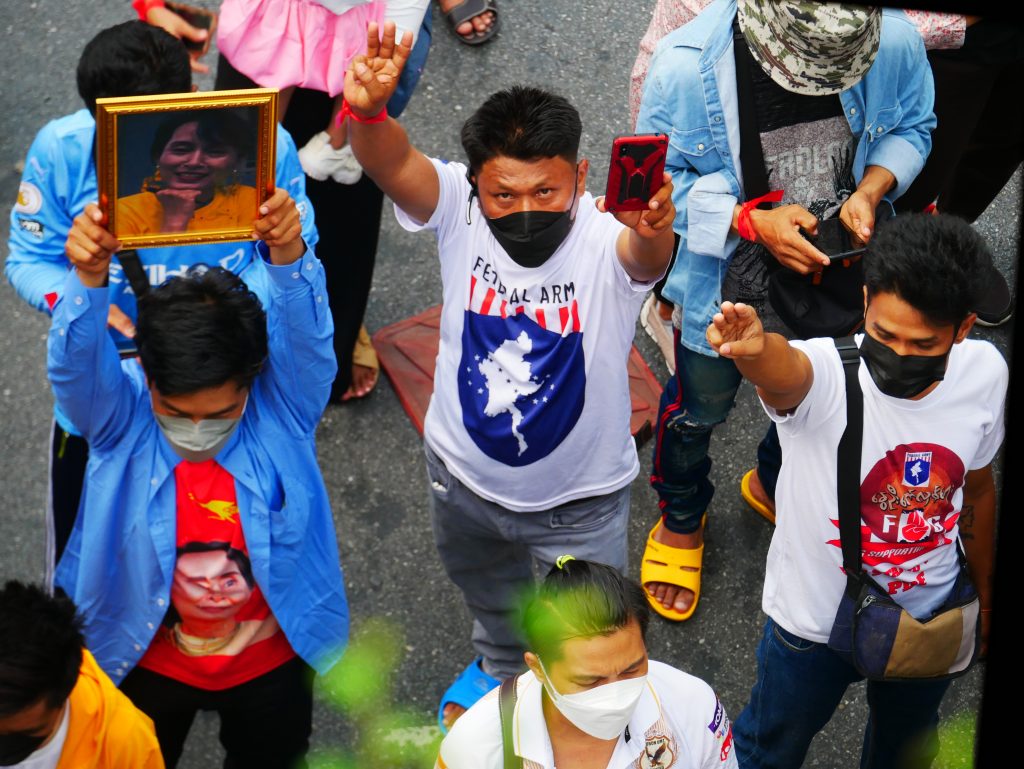 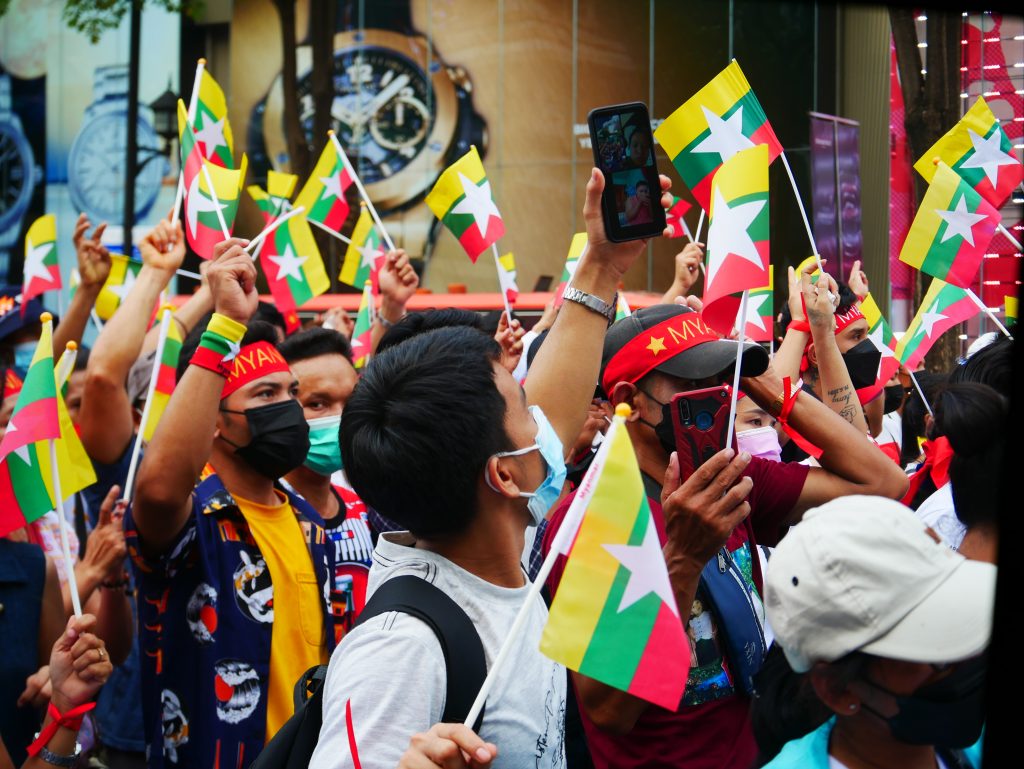 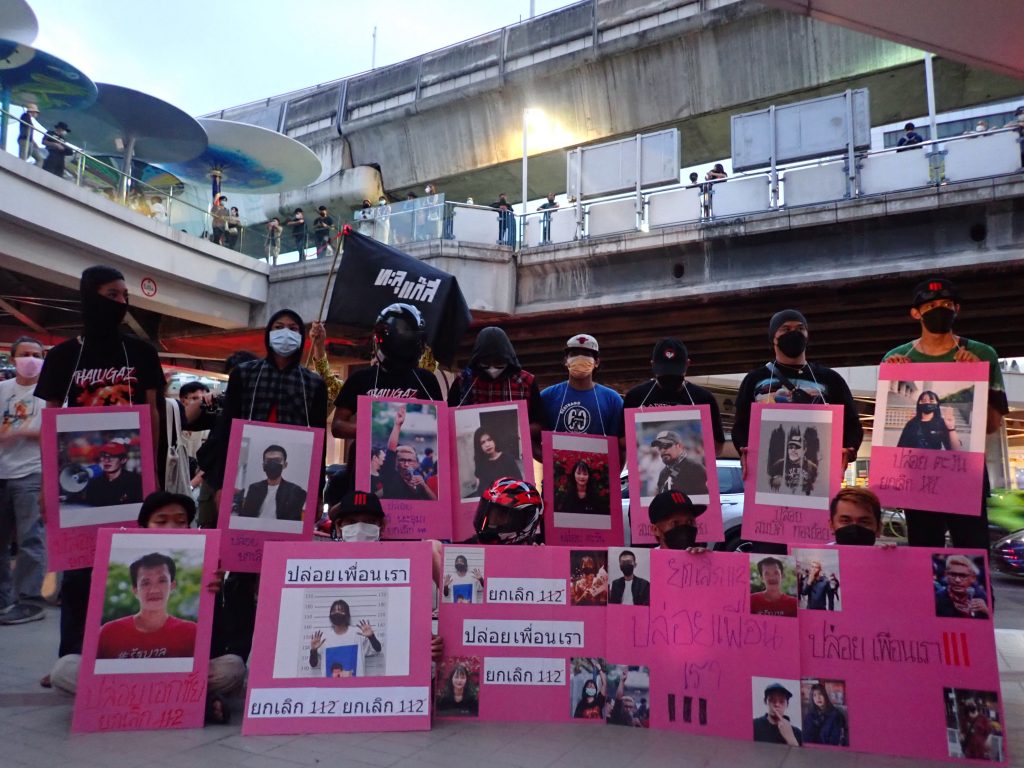 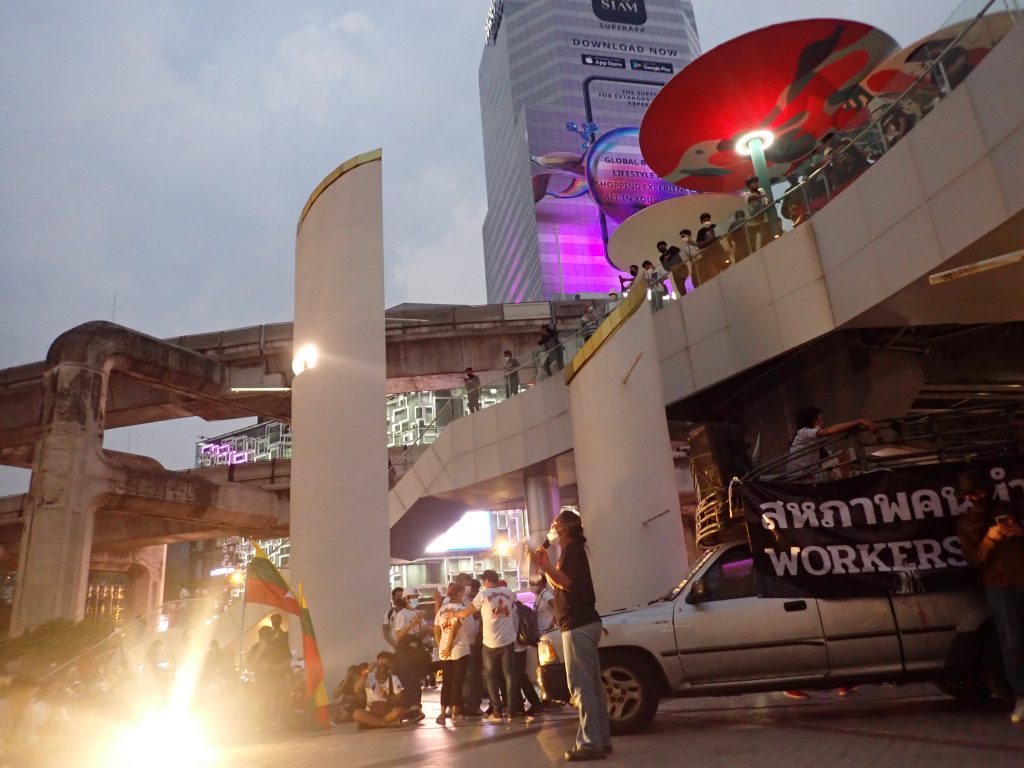 On Sunday, May 22nd, a football tournament was held in Bangkok by Myanmar migrant workers to raise funds for the NUG. “I stopped working after the coup. It is my mission, I have to do this for my country” said the Burmese event manager, who already organized a first tournament two months beforehand.

Ten teams competed, including a team of Thai pro-democracy activists from the Thalufah group led by Pai Dao Din. Some of them had to play with electronic tags on their ankles, as the collective is facing dozens of charges for their participation in the protests in Bangkok last September. Eight Thalufah members were arrested, spent months in jail and three are still subjected to an interdiction of going out of their house after 6 PM. “But we are still protesting at every opportunity, to request the release of our comrades, to denounce the rape culture in conservative political parties or to put pressure in front of the Government House. We can’t give up until we get full democracy”

In the morning, the event started on the field by a common speech by Thai and Burmese community leaders and the crowd of footballers chanted anti-dictatorship and pro-democracy slogans in both languages. In the evening, trophies were given to the three best teams.

“We work in bars, restaurants, shops, factories. We don’t organize any activity in our workplace as we can’t afford to make problems for our company and lose our jobs. But we still want to help our people in our free time, so we participate in any fundraising event on the week-ends or online.” says a player from Ruby FC, a team made of workers from Mogok. In this town from Mandalay Division, which is renowned for precious stones extraction, the Internet data has been cut off by the military regime for months. “We don’t have news from our hometown and people there don’t know what is happening in the rest of the country. We have to do what we can from here and send money to whoever needs it the most there. People also need to be educated about how to communicate and transfer funds safely”.

A Thai player, who is supporting every protest by the Burmese diaspora in Bangkok since the coup in Nay Pyi Daw, concluded: “Thailand and Myanmar are in the same situation where people are oppressed. We are brothers and we have to help each other because we both want better lives, better society, better governance. We have gone too far to retreat now”. 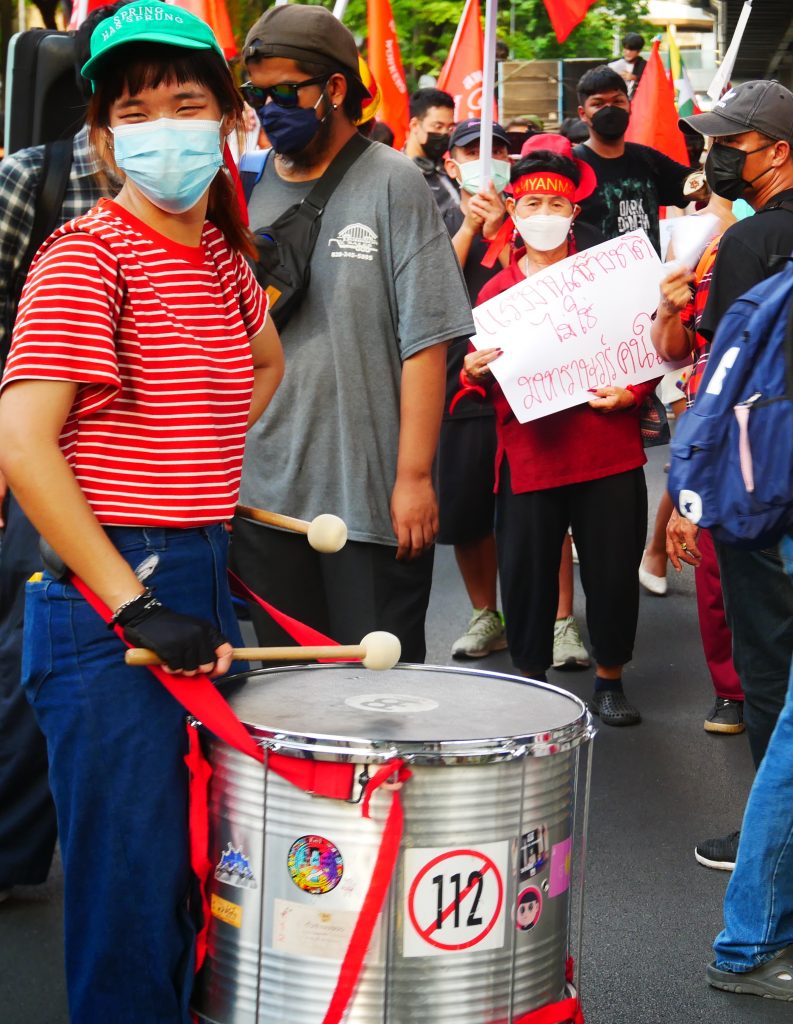 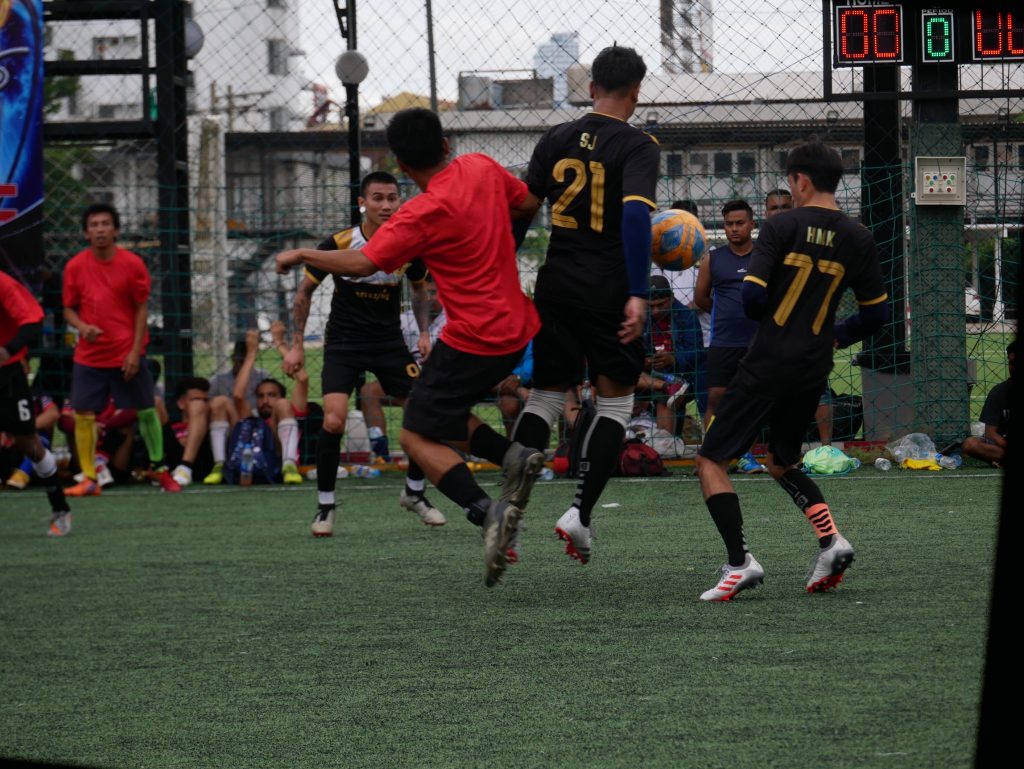 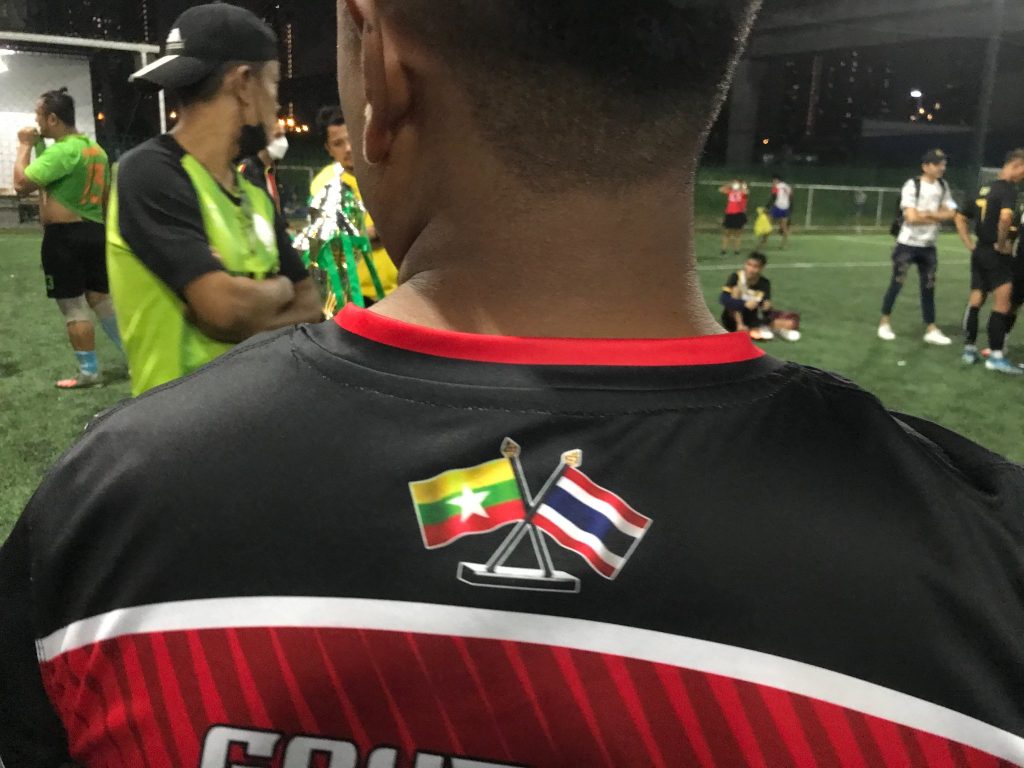 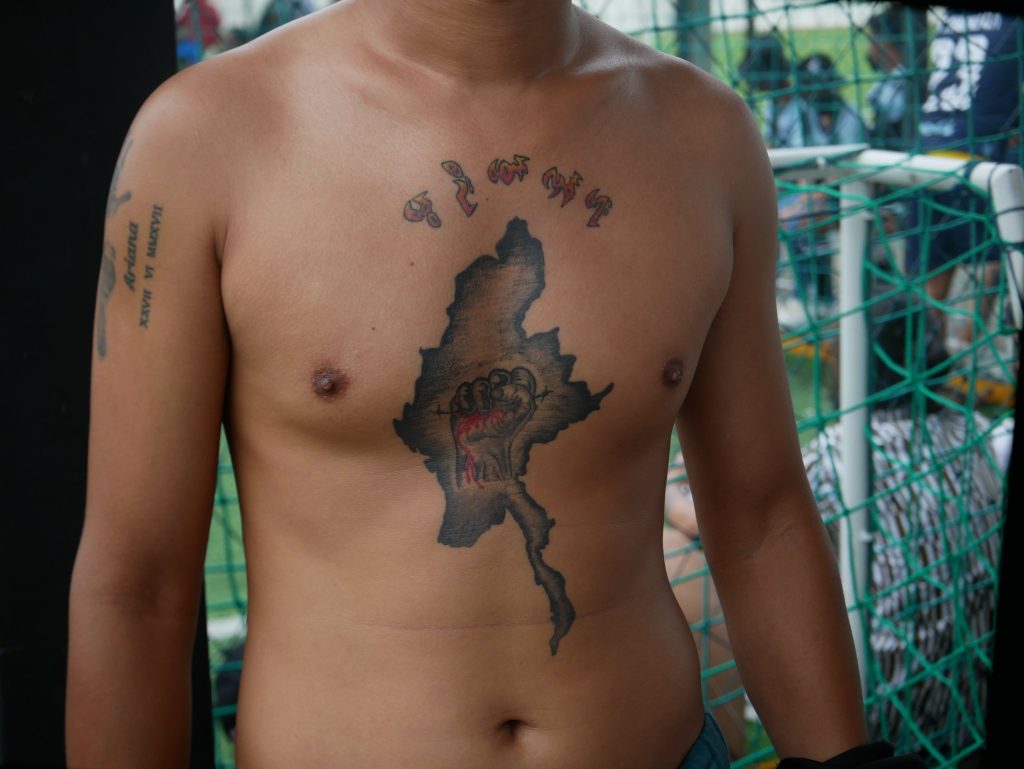 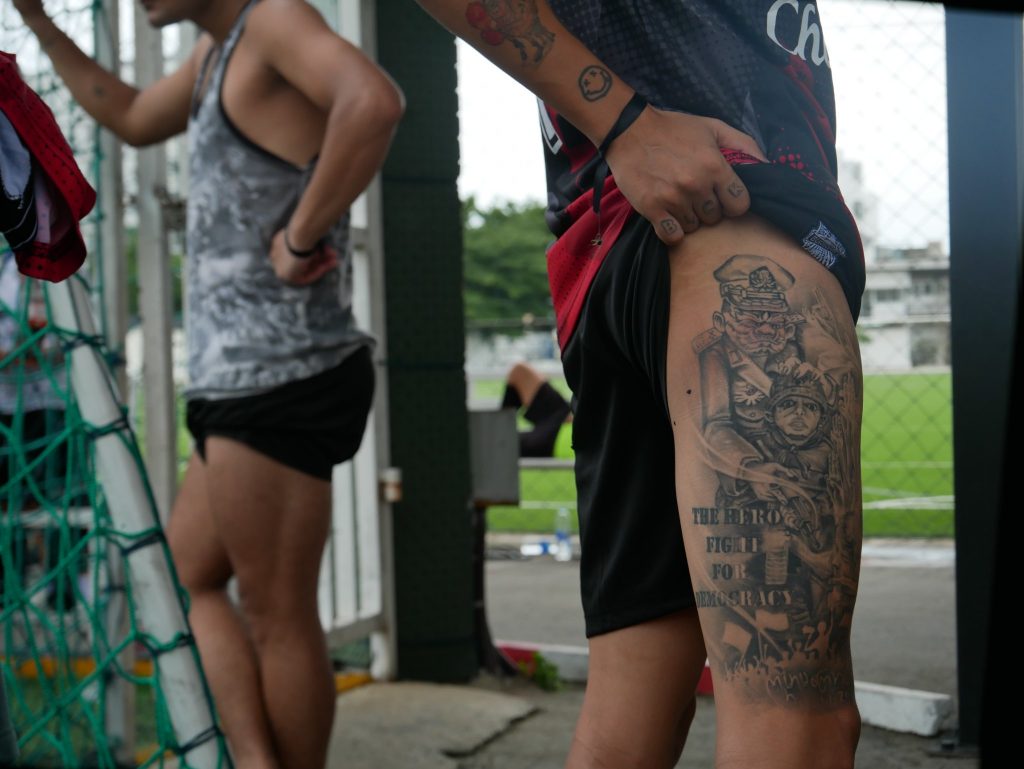 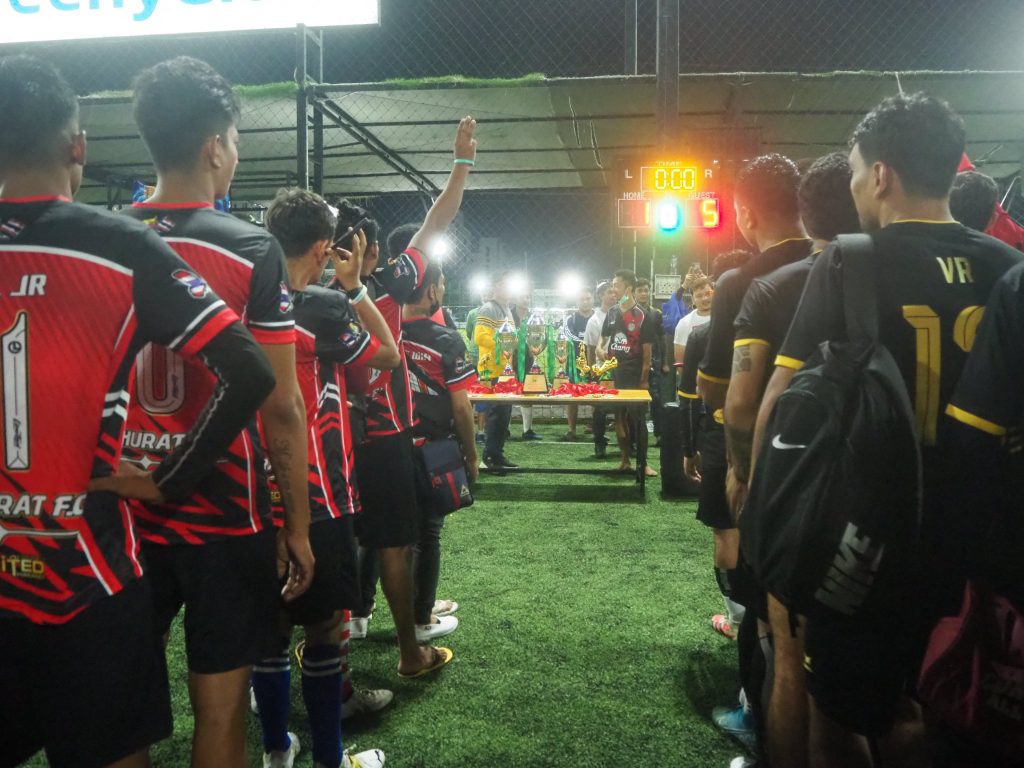 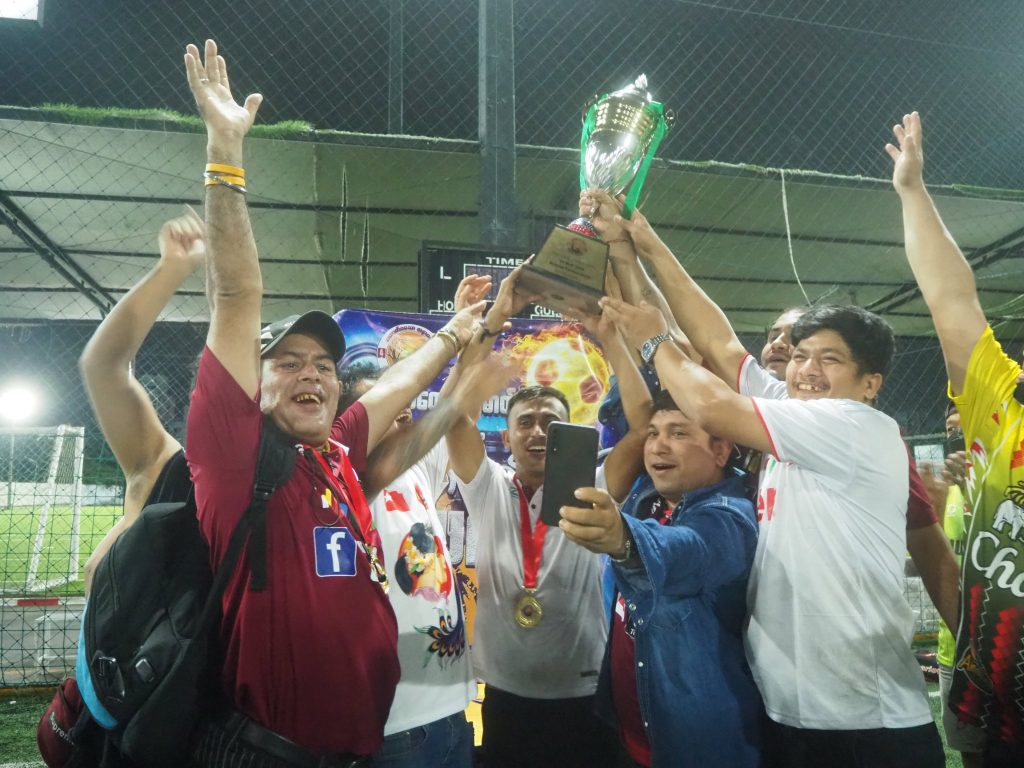