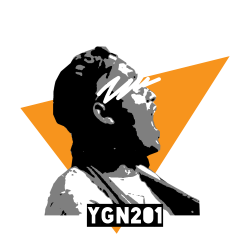 “Creativity brings inspiration and motivation to the people”

“I started photography and filming because I wanted to record historical moments to pass on this record to the next generation. In my country, we have a lot of half-truths and false history, which frustrated me.

I am a film lover and I believe film has the power to advocate for people. I was also very interested in my country’s politics. Over time, I grew fond of the art of story telling. I did some experimental projects to push the limits of what was possible and I enjoyed this a lot. I also love to share it with as many people as possible. These are the driving forces behind why I want to film and be a part of the creative community.

I started filming with a handy cam I got as a present from my father in 2000. The first video I made was about the breeding of a King Fisher bird in our compound. I enjoyed waiting to see how she dug a small hole, laid her eggs, hatched them and finally flew away with her newborn kids. I was waiting hours and hours to shoot her while she was feeding her kids in the hole. Actually, it is a really basic home made video but it was something that I really enjoyed creating.

As a professional, I started making documentary films for NGOs in 2009. After I joined a story telling workshop at the Yangon Film School in 2012, I decided to live and die as a filmmaker for the rest of my life.

Creativity in everyday life gives me great satisfaction but in Myanmar, it is suppressed because of tradition and social taboos. Creativity should be limitless but, in Myanmar, it is limited. The freedom of creativity and expression are always threatened by conservative culture, favouritism and totalitarianism.

The creative community is mostly active in Yangon and Mandalay, the two largest cities in Myanmar, only comprising of maybe 10,000 people in total. The creative industry is the main target of dictators when they are in power because it brings inspiration and motivation to the people.

Artists led and were involved in many ways in the past pro-democracy uprisings in 1988 and 2007 and some of them became protest icons. In the most recent 2021 Spring Revolution, a lot more artists joined, especially painters and singers. Many have been arrested and many had to flee to liberated areas controlled by ethnic armies. Some are part of Generation Z but most of them are older.

Many open-minded people are into fighting against the military those days. They want a good future with freedom and justice.

But some of the older generation still favours nationalism over democracy. They believe that Buddhism could not blossom in a democratic country and they are proud that Myanmar is a Buddhist country. So, in order to allegedly stop Buddhism from disappearing, they attack democracy, alternative beliefs and freedom of expression.

The military always glorified themselves as protectors and saviours of the country and Buddhism.  They have brainwashed people using propaganda. Ex-military personnel and their families are the biggest supporters of the regime. Some rich tycoons and extreme nationalists also support them, as well as some Buddhist monks and conservative Buddhist people. All of them have benefited more from the military rule than the democratic era, so they do not want change.

The junta really hates to see and hear any alternative narrative that they fear could disgrace them. Creativity and freedom of expression are the biggest threats to them and to their control over their believers.”

You can browse through my past work and follow my recent work on my personal website, which I have created since I have been safely relocated in a third-country after the coup.

Please watch our most recent documentary about the child of an immigrant Karen family who lives in Minnesota, USA and dreams to be a professional Martial Art Fighter. 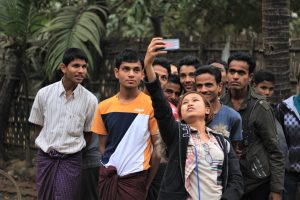 Rohingya Life Before the Exodus